A decision tree is a popular and powerful method for making predictions in data science. Decision trees also form the foundation for other popular ensemble methods such as bagging, boosting and gradient boosting. Its popularity is due to the simplicity of the technique making it easy to understand. We are going to discuss building decision trees for several classification problems. First, let’s start with a simple classification example to explain how a decision tree works. 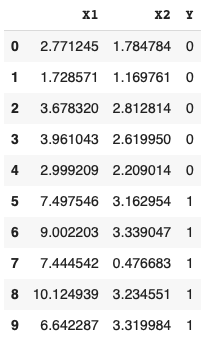 Graphing the rectangles we can very clearly see the separate classes. 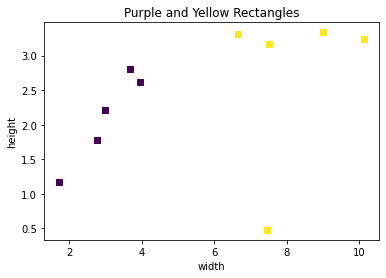 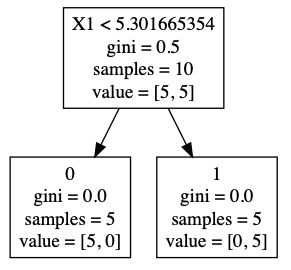 After splitting the data by width (X1) less than 5.3 we get two leaf nodes with 5 items in each node. All the purple rectangles (0) are in one leaf node and all the yellow rectangles (1) are in the other leaf node. Their corresponding Gini score, sample size and values are updated to reflect the split.

In this very simple example, we can predict whether a given rectangle is purple or yellow by simply checking if the width of the rectangle is less than 5.3.

The key to building a decision tree is determining the optimal split at each decision node. Using the simple example above, how did we know to split the root at a width (X1) of 5.3? The answer lies with the Gini index or score. The Gini index is a cost function used to evaluate splits. It is defined as follows:

The sum of p(1-p) over all classes, with p the proportion of a class within a node. Since the sum of p is 1, the formula can be represented as 1 - sum(p squared). The Gini index calculates the amount of probability of a specific feature that is classified incorrectly when randomly selected and varies between 0 and .5.

In order to determine the best split, we need to iterate through all the features and consider the midpoints between adjacent training samples as a candidate split. We then need to evaluate the cost of the split (Gini) and find the optimal split (lowest Gini).

Let’s run through one example of calculating the Gini for one feature:

Running this algorithm for each row gives us all the possible Gini scores for each feature:

Now that we have the root node and our split threshold we can build the rest of the tree. Building a tree can be divided into two parts:

A terminal node, or leaf, is the last node on a branch of the decision tree and is used to make predictions. How do we know when to stop growing a decision tree? One method is to explicity state the depth of the tree - in our example set depth to 1. After our first split we stop building a tree and the two split nodes become leaves. Deeper trees can become very complex and overfit the data.

Now that we know when to stop building a decision tree, we can build the tree recursively. Once we have the root node, we can split the node recursively left and right until the maximum depth reached. We have all the basic building blocks from our simple example, but to demonstrate recursive splitting we will need a more complex example. Let’s use the famous, and somewhat tired, Iris data set as it is easily available in scikit for comparison purposes.

Graphing the Iris data we can clearly see the three classes (Setosa, Versicolor and Virginica) across two of the four features - sepal_length and petal_length: 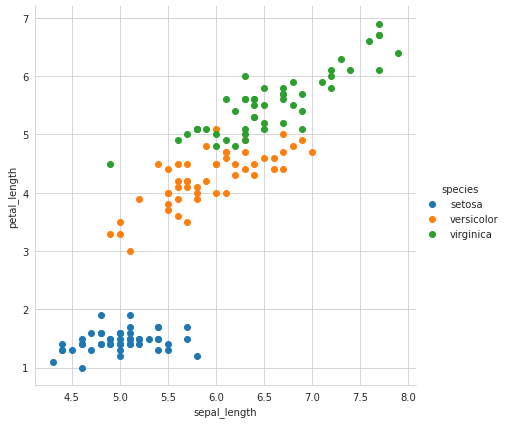 Let’s create a Decision Tree recursively and see what the results look like. 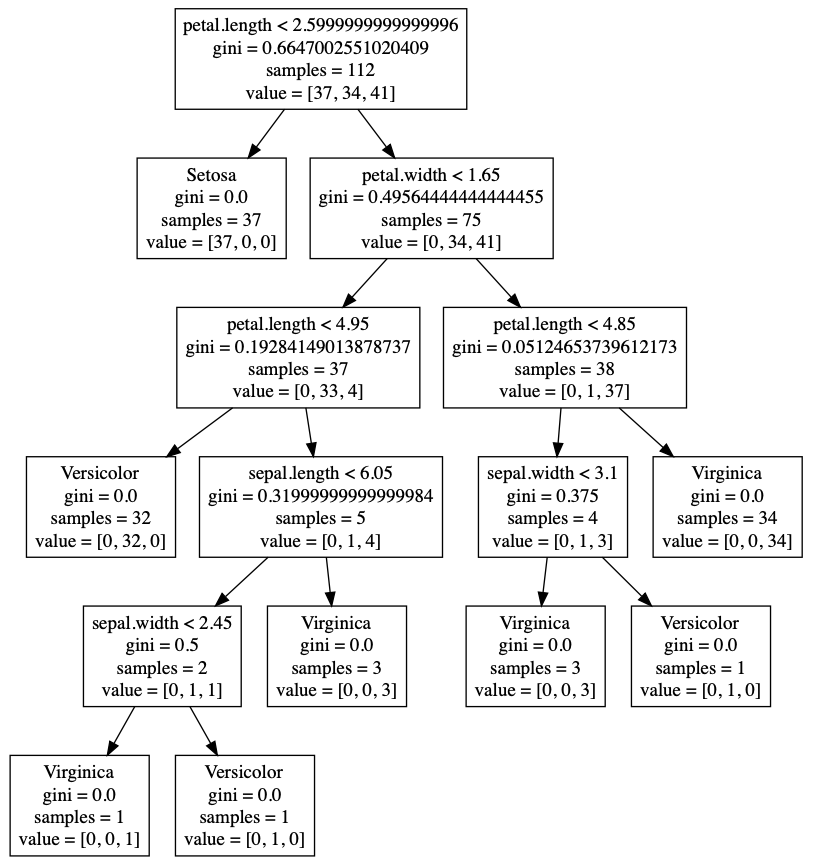 At the root node we have a first split of petal_length < 2.6 creating a leaf node with a Gini of 0.0 for Setosa and a decision node requiring a new split. We can clearly see the Setosa split in the graph at the midpoint between Setosa and Versicolor (petal_length = 2.6). Since the Gini is 0 for the left node, we are done and the leaf node is created just as we did with our rectangles. On the right side however, our right node has a Gini of .495. Since we have the depth set to 5, we recursively split again on the right node. This continues until we hit a depth of 5, producing the decision tree we see in the graph.

One downside of decision trees is overfitting. With enough depth (splits), you can always produce a perfect model of the training data, however, it’s predictive ability will likely suffer. There are two approaches to avoid overfitting a decision tree:

Two common approaches to post-pruning are:

Articles Referenced for code and data Include: